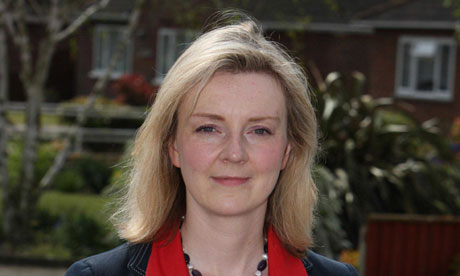 Children are squawking with delight at Les Petites Etoiles, a bilingual French nursery school in north London. The class of 15 children aged three to five take turns in cupping their hands as their teacher – orinstitutrice – places a baby chick into their palms.

It’s not quite the image of French nurseries Elizabeth Truss, the childcare minister, has described. “What you notice in French nurseries is just how calm they are,” she told the Daily Mailon Monday. “All of their classes are structured and led by teachers.”

It isn’t calm, but it does seem structured at Les Petites Etoiles. The school, which follows the French and English national curriculums for its 46 one- to five-year-olds. As prescribed by the French system, the teacher for those aged three and above holds an education degree and a two-year master’s degree and has passed a national test – le diplome professionnel de professeur des ecoles – to be admitted into the profession, meaning she is considerably more qualified than most nursery schoolteachers in England, a point Truss has noted.

Françoise Fourmond, manager of Les Petites Etoiles, says “children know what to expect from one day to another and there is more of a focus on behaviour”. But, she says, the English system is more creative and listens to children’s needs more carefully.

France’s écoles maternelles are for children aged between two-and-a-half up to six, while England’s nursery schools take children from birth up until four or five.

Mirella Otten, principal of L’Ecole des Petits, a French nursery in south-west London for three- to six-year-olds, says the principal difference is that English nurseries have a “gentler pace and are less like schools, but everything needs to be written up”.

Philippe Fraser, who owns three bilingual French nurseries in London, points out that while the teachers in the French system are highly qualified, the assistants are not. Many are just expected to “put the pens out and change the nappies,” he says. Under the English system, nursery assistants need the equivalent of at least a handful of good GCSEs and many have advanced childcare qualifications.

Fraser says there are often more than 25 in French nursery classes, much more than in most English ones. “There is far less of a tolerance for noise if the children are lining up to wash their hands,” he says. “The food in French nurseries makes Jamie Oliver’s school dishes look pedestrian.

“English nursery food is just dreadful in comparison.” There is little tolerance for allergies as French children are expected to grow to like everything, he says.

“There are rules that forbid nurseries from serving the same dish twice in two months,” he adds, “and lunchtime for two-year-olds means four courses, with cheese to finish”.